Just before start, I have to say that this post could be a bit bias because I have a hard time accepting some stuffs on Android but I could accept some bad stuffs on iPhone easier. But few years ago, I really against Apple in every of their product but now I got tons of them.I really have to say that they did it right.

I started to use an iPhone when I got one from the office that I did the thesis with (have to return when thesis is finished). Before this I got one iPod touch (3rd Gen) which I use it a lot as music player, casual gaming machine (I got also a PSP, which I use it for more serious games) and some production work. I use it to VNC/Logmein to several places to fix some of their pc problems and I started to love my iPod. (still hates iMac)

Then I got iPhone3G from my thesis work. First thing I did to the phone is to jailbreak it. Apple devices shouldn't call "smart" without jailbreak. Then I have access to cydia which has lots of tweak that I would love to try. Now I can remote access to computers without need to find the wifi.

After I returned the phone to my work, I bought Sony Ericsson Satio. The phone with rich HW feature but zero software feature. It is also shipped with trillion of bugs with no update/upgrade at all for the whole life of the product. Since then I crawled back to the phone that should at least make a phone call.  I got my GF old iphone3G to use since she upgraded to 3GS. And I use iPhone ever since. I had use iPhone 3G,3GS,4 and 5. I also got an 1st gen iPad in the progress. I also got an Sony Ericsson X10 mini pro from my work, another phone that could not even properly make a phone call and of-course, you don't get any update from the phone manufactured by this company.

I started to think that Android is not for me. But I still see a lot of people using them. My colleague told me that because I used the lower-tier Android and I can't have a good experience on Android on such devices.   I try to believe him because he switched from his iPhone 4S to galaxy S3 and he's so happy with it.

Until recently, I switched to iPhone5 which I got from a second hand website in Sweden. But it's locked to another operator. Then I change my subscription to another operator. Surprising enough, with the new subscription, I almost got a Galaxy S3 for free. I pay something like 50 SEK extra /month for 2 years and I will get the second best Samsung flagship Android phone (S4 has already been released). So I get that subscription and decided to use my office phone on S3 and my personal phone on iPhone5. I was using 2 iPhone 4 as both my personal and office number before. So it's a major upgrade for me.

So now I can get full experience on how Android phone should be. and I really expect a lot from that. Spec wise, it's much better than iPhone5. But after about a month of using it. I need to write and probably expect to be heard by someone who can improve the Android.

What is better than iPhone5.

Well, that's basically all I could think of.

What is worst than iPhone5.

Finally, what I want to say is HW wise, S3 is really a good phone but SW is really crappy. HW features are really good. You have NFC, nice screen, nice camera and nice LED notification but software doesn't really go with it. One reason is that Android has so many variety of HW and it's up to the point that it's too many of them and compatibility become the issue. Google/Samsung should pay more attention to the hidden feature that should really make your life easier. Apple actually have a lot of details on this and that make me feel that it's the device that make my life actually easier. But currently S3/Android just make my life so hard.

I was so busy for the past few weeks and also a bit lazy too :)

I had bought a lot of stuffs/toys also during the time I was away. I hope that I can write something about it soon.


Bankie
Posted by Bankie at 1:09 PM No comments:

Happy easter my blog reader. I've been away for sometime due to my daily work. I hope that it should be relieved now. Last week I bought a external harddrive from Lacie which sadly appear to be a DOA. I'll write a review about it when I received a new one. But now it's 4 days holiday, I don't think I will have anything to write about :)

Couple of months ago, I bought this coffee machine online for a very good deal and somehow become addicted to it. So I decided to move away on my famous blog post on Comviq MF60 a little bit and write a review on something else.

The box:
I'm a bit surprised when pick it up in the post office with the size and weight. I bought the machine together with 300+ capsules. It weight around 15 kg and made my arm pain for a couple of days for carrying it back home. 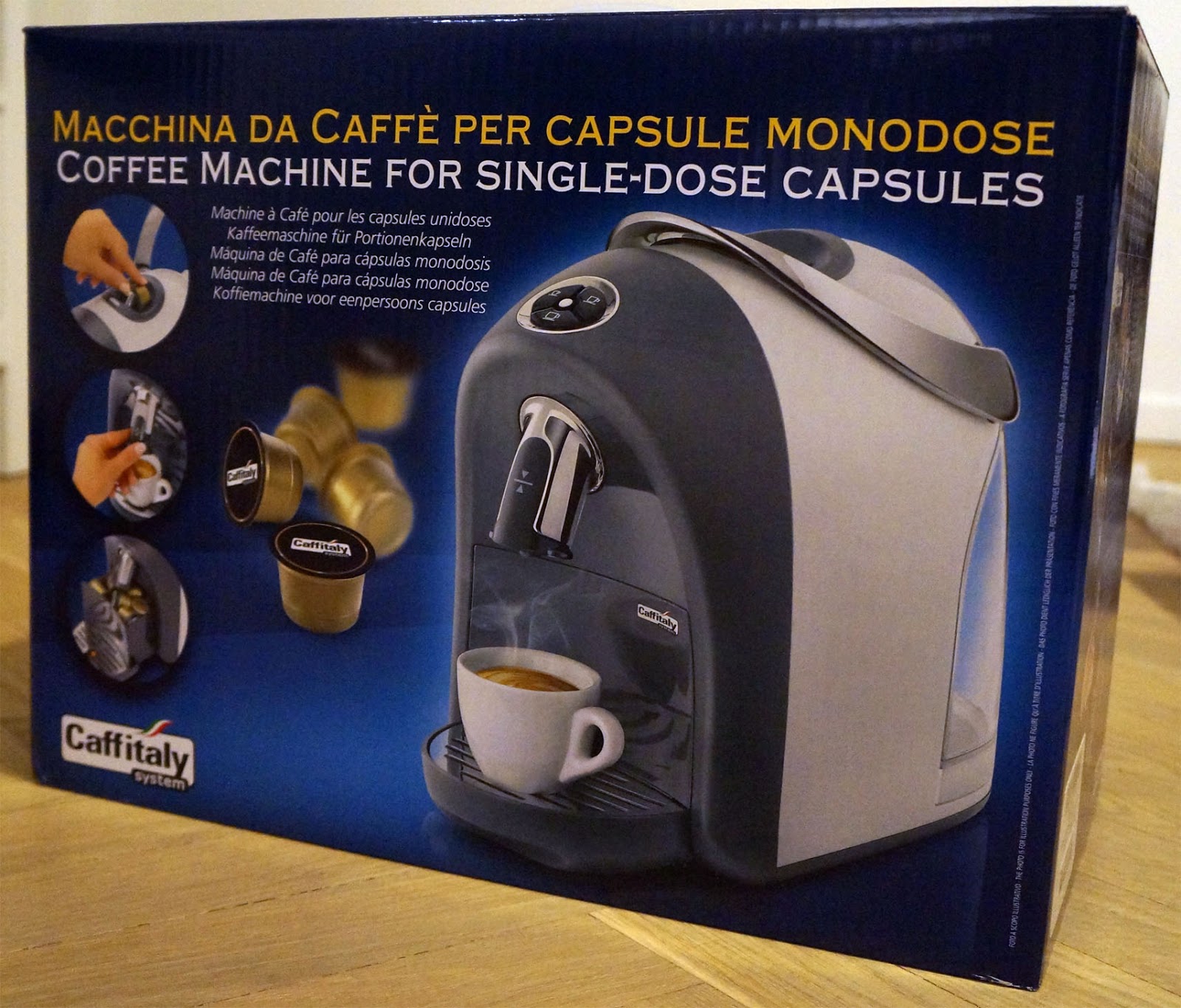 My previous post has become a big hit for me as a 2 weeks old blog. One of the reader has actually investigate further based on my finding and found a nice way to debrand/unbrand the device. He's already post on how he did managed but it might probably unclear on some part. I asked him for the permission for me to write a guide based on this finding and he's OK with that. So here's the guide

Let's do some speed test on ZTE mf60

In my earlier blog post here and here, I show you how to unlock ZTE MF60 router which has a very good specs. It's one of the best 3G router in the market. From the spec sheet, it's capable of HSPA+ speed or 21 mbps but how it's perform in real world? Let's see.